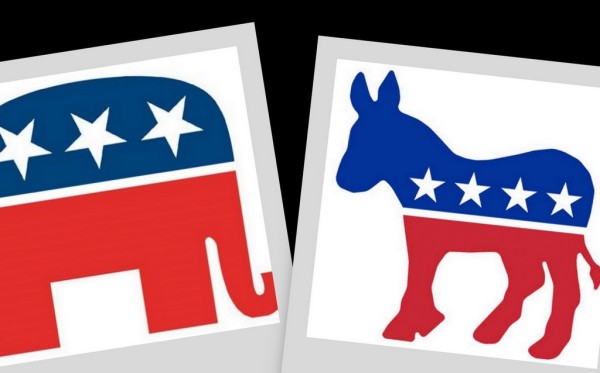 My long days and nights in the library at the University of Nebraska- Kearney, studying for a degree in political science naturally bred in me an appetite for all things political. For that reason, I feel compelled to respond to the historic election that closed last night leaving a very curious environment in our country.

Not since the Civil war era has our country experienced such a palpable sense of disunity.

The images that raced across my television screen last night, and the sentiment that bombarded my Facebook newsfeed told the story. The all out jubilation from Obama supporters, followed by a sense of doom and gloom coming from the Romney camp, so clearly painted the picture of a country so at odds with itself that views and issues have become more important than the people themselves. The irony is seen within the seemingly insignificant interactions seen on social media websites where a person finds the ability to fight with all their soul for issues such as human rights, and in the same breath berate an individual, a human, for their slightly differing opinion on the matter.

Hypocrisy at its finest huh?

Last night the foundation, the bedrock of our nation was shaken not by the re-election of Barack Obama but by the universal choice of both dominant political parties to stop listening, to stop respecting, and to stop pursuing unity. We have become content with the bickering… More than that content to see life one way… “Our way.” It used to be ok to disagree. It used to be seen as valuable to spend an evening sipping scotch, smoking cigars and debating back and forth over the democratic process. Now, If you disagree with me, it must be a personal attack, and I need to go on the defensive.

Why have we become so afraid of anyone who sees life differently?

Why does different have to mean wrong?

Why does gay marriage have to be a threat to my hetero sexual marriage?

Why does  disagreement need to lead to disrespect?

Why have political issues and agenda become more important than people?

I am not stupid, nor am I ignorant to the deep issues of conviction that tend to divide one side from the other, and for those conservative legalistic evangelicals who are reading this, and have already stopped listening because I brought up gay marriage, I get it ok. I know the moral issues, and understand the general unrest connected to all of it, but my question is…

At what cost are we willing to draw relational lines because of political beliefs?

We have, unofficially become, “The Divided States of America.”

We have altogether chosen to value our own personal perspective over finding common ground.

I will go ahead and say it… I have conservative political values, in particular as they relate to economics, but when its all said and done, there is something more important than my political views.

This morning as I scrolled through my Facebook feed, reading the different reactions to last nights results, my heart sunk. I was discouraged by what felt like a general giving up of hope. I felt angry toward Christians who made statements like,

“Well, you screwed us all, way to go, but at least Jesus is Lord.”

Why have we decided as Christians if we don’t get our way we can “opt out,” by claiming Christ as Lord, but we rarely live as if He is?

Ultimately as I scrolled the page, I was struck by something very profound…. At least in my humble opinion. Good can come from either political parties agenda. Its true, if we define what good means a little bit differently, and a little more humanly (Is that a word?).

Here is my point, I don’t have to agree with the big picture, or the long term approach to understand that Obomacare could in fact give some 6 year boy living in Queens, NY a medical procedure he is desperate for, and wouldn’t get otherwise.

That would be GOOD!

I don’t have to agree with Higher taxation rates for the wealthy to connect with the reality that it could end up helping a poor single mother in North Hollywood, CA get a car so that she can hold down a job and take care of her kids.

That would be GOOD!

I don’t have to agree with the long term results to embrace a simple reality.

I am in support of people being loved, cared for and given hope. That doesn’t happen through politics it happens when we as people agree on something very simple.

People matter. A lot. More than anything in fact.

I know what many conservatives are thinking right now… “That will just create more entitlement.”

That sentiment is well taken, and also complete and utter B.S. Someone being loved is never bad, someone being taken care of is always beautiful. I don’t care if it causes them to take advantage of me for the rest of their lives. I know many of you will disagree with me, that is fine, but if you call yourself a follower of Jesus, there is no room for disagreement on this one.

Had Jesus decided that shedding His blood for you and I would just create a sense of entitlement, He would have been right, but that didn’t stop Him from giving it all. That is our example, and that is the heart we must be intent on allowing Him to cultivate in us.

I can continue to engage with what I believe is, “Best,” in the long term for the wellfare of all who call themselves Americans, and at the same time, look for ways that the current political climate can help me love people better. I can see my life as not so much about seeking out what is fair, what I deserve, or what I am entitled to, and instead see my life as tool to love people better. When I do, I find the political landscape to be somewhat irrelevant in the grand scheme of things.

My prayer for 2013 is that we as Americans can once again become the United States of America. United around a simple reality, people matter more than anything I may want. People are worth sacrificing for. People are worth loving, no matter what walk of life they come from. People are worth setting aside what I want, or think I need for the sake of showing others value. This we could unify on, here, we can find common ground. Here we can begin to live a more powerful life regardless of party affiliation or religious beliefs.

Unity is worth pursuing, even if we cannot agree on economic issues. We have to begin by valuing each other enough to re-engage with the actual people we disagree with, love them, listen to them, learn from them, and allow differences to forge unity rather than pull us apart.

Lord only you can heal our land from the selfishness we all are stricken with. Do it for Your own glory.

4 thoughts on “The “divided” States of America”